When you make decisions regarding your company, do you rely on facts – or on something else? While most companies have mountains of data that can be useful in their decision-making, a Bisnode survey conducted by Kairos Future in 2019 reveals that 25 percent of CXOs actually base strategic decisions on their gut feeling. At the same time, 38 percent say that they will have no business in 2030 if they don’t commit to a data-driven future.

This development is something with which Zsuzsanna Ferenczi, Director of Marketing for Northern Europe at Hewlett Packard Enterprise (HPE) is very familiar with.
– When I started working here 19 years ago, the world was a different place. IT is exponentially more complex today, and we are beginning to reach the limits of human capability in working with it. Companies like HPE need data and AI to solve the challenges we face – our guts don’t have all the answers, says Zsuzsanna Ferenczi.

No “business as usual”

HPE is one of the world’s largest technology companies. Providing ICT infrastructure solutions – servers, networks and data storage services – is a key part of their business. As the world keeps changing, HPE’s customer needs and opportunities are changing as well.
– Customers are constantly reconsidering and redesigning their data centers. Today, they are largely opting for hybrid solutions – keeping certain elements in house while moving other parts of their ICT infrastructure to the cloud. As ICT solutions evolve, customers also have the option of consolidating their ICT infrastructures. Both of these trends could be negative for us. If we just ignored the development and kept it “business as usual”, it would be like putting a gun to our heads, says Zsuzsanna Ferenczi.
In order to maintain their leading role on the market, HPE quickly understood that they need to look at new ways of identifying potential customers. Since their customers are constantly moving targets, HPE needed to be a step ahead.
– In a market that’s becoming more complex, we knew that we had to simplify and optimize the search for customers. So we focused on two simple questions: “Can we grow without increasing sales and marketing capacity by focusing on the “right” potential customers?” and, of course, “In this new market, who is our potential customer?”

Don’t go with your gut!

To find the answer, HPE turned to AI, machine learning and smart data – and to Bisnode. It it natural to ask why it was necessary to include an outside consultant, when so much of HPE’s own business is centred on data and data analytics.
– While HPE has incredible global internal capabilities working with data, we also know the importance of local insights on local markets. For example, when analysing data from the Netherlands it isnecessary to know how the Dutch taxation system attracts many shell companies to The Hague, or the analysis will be flawed with false positives. Bisnode could supply that local knowledge along with lots of structured and unstructured insights regarding our potential customer base there, says Zsuzsanna Ferenczi. 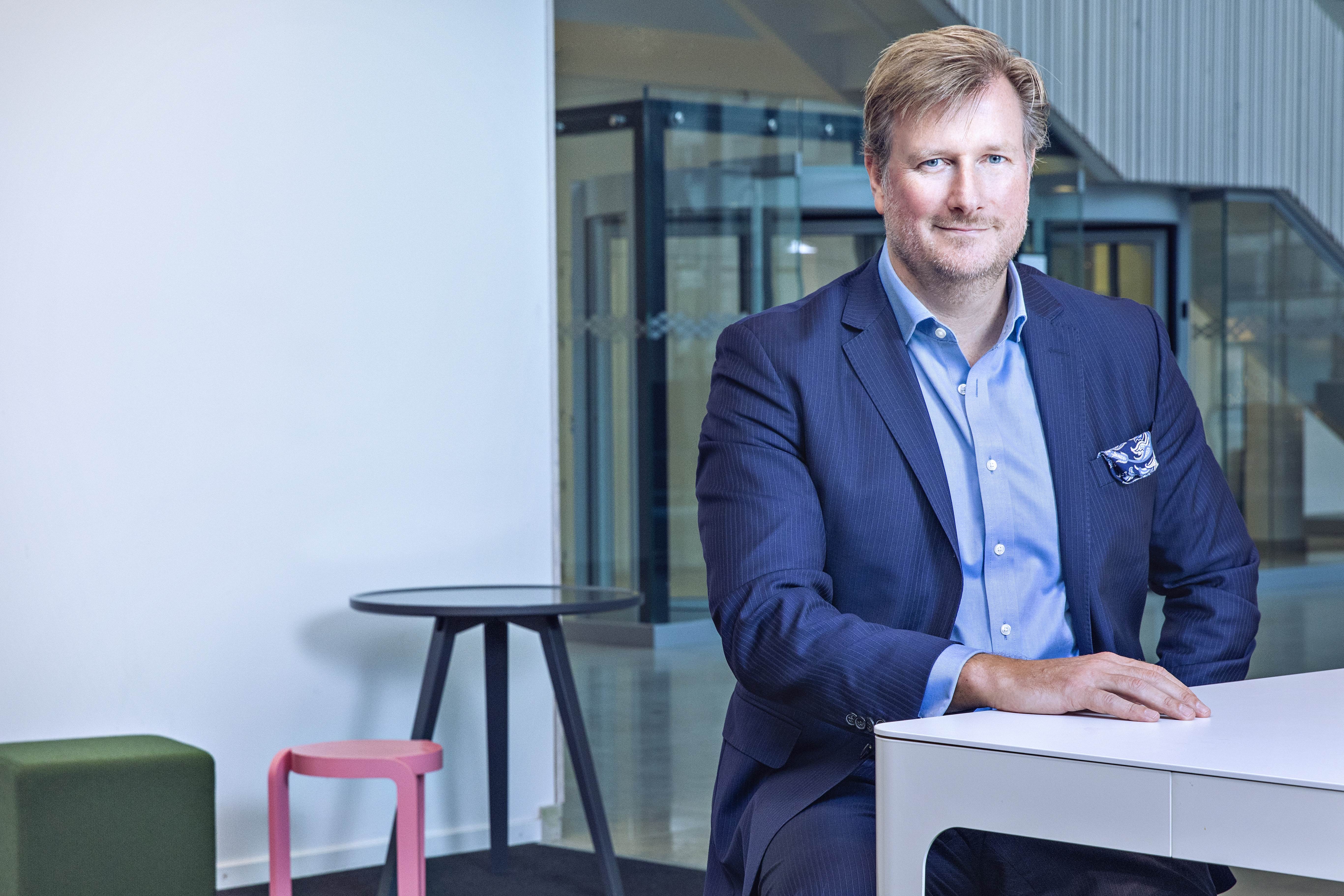 "Our goal here was to find the right opportunities based upon of HPE’s current customers and potential prospects."

With the end goal of increasing revenue without adding additional sales resources, Bisnode and HPE have now spent the last eight months identifying especially strong potential customers in Sweden and the Netherlands. Hans Bunes, the HPE Global Account Director at Vendemore, a Bisnode Company, describes the three-step process for the Dutch and Swedish markets:

First, Bisnode harvested data from HPE’s current customer base. HPE’s Swedish and Dutch customer databases were matched and cleaned. The aim was to eliminate customer records that were no longer strong matches for HPE based on various factors, such as  relevant changes to their core business, a merger or any form of insolvency. It turned out that around 10 percent of the current records in the database could be eliminated.

Bisnode then performed a full market analysis, comparing HPE’s transactional data from the past five years to the total market landscape. The analysis showed in which sectors and which kind of customers HPE had a high or a low market penetration, including a full analysis of volume and value strengths and opportunities.

The actual delivery is divided into two parts: (i) detailed description of what is the  truly addressable market for HPE in Sweden and the Netherlands, and (ii) prioritized list of all customers and potential opportunities in each market so HPE can focus their sales efforts in order to get the best possible results in the future.

The final output took an iterative approach that combined machine learning with human intelligence.
– Our goal here was to find the right opportunities based on HPE’s current customers and potential prospects. We did this by going through Swedish and Dutch corporate entities using a mix of structured data like revenue or geographic location, and unstructured data like keywords and technology signals on company websites, says Hans Bunes.
When they had a first iteration of the potential customer list, actual evaluation calls were made. To avoid bias, the people making the calls didn’t know if the machine thought the company was a good or a bad match for HPE.
– The outcome of the calls became new data that went into the second iteration of the list, and so on. By the third iteration, the aim is to be 80-90 percent certain of having relevant prospect to engage. This means the top companies on the list are very likely to have a need for HPE’s products and a budget is relevant to HPE. Basically, the company is worth the investment in sales and marketing resources.

The final result? Bisnode has identified that the potential total B2B market is over three times bigger than HPE is currently pursuing - it is approximately 350 percent bigger in the Netherlands, and 390 percent bigger in Sweden. Bisnode has prioritized all of these companies based on how close they are being an ideal HPE customer. Zsuzsanna Ferenczi believes that they will boost sales, but she emphasizes that this doesn’t mean that the job is done.
– I’ve been pushing for data in customer insight for five years and I know that it’s a continuous process, simply because the world never stops changing. You always need that next iteration. I compare it to the Sagrada Família in Barcelona. You keep building it, brick by brick, but it’s never finished. Still, when you look at what you’ve built, the result is admirable.

Future together - The next step

The ultimate success of this initiaitve hinges on our ability to pursue these opportunities, says Zsuzsanna Ferenczi. The highly valuable output from Bisnode will now be handed over to our own Marketing Analytics team who will further enhance the output to allow us one more level of prioritization.

I am in frequent contact with the HPE team in San Jose, CA says Hans Bunes. We are also working in parallel with the regional HPE teams to create sales and marketing work streams to pursue the opportunities.

Our report identifies a seven-step staircase towards being data-driven. Many CxO:s are simply unprepared when it comes to data and data analytics while others are highly concerned that they do not have the necessary processes in place. Read the report!

Forget the gut, face the facts!

One in four CxO:s make their business decisions based on gut feelings. In a world increasingly reliant on data and the advantages it can bring, it’s the time to face the facts when it comes to making decisions that will decide the destiny of your business.

4 ways to predict your customer’s next buy

Do you want to be able to predict your customers’ future needs? With the help of smart data and predictive analysis you can determine which individuals are likely to buy a car, take out a private loan or become parents in a given time span.