What is it that transforms the spark of an idea, or an insurmountable challenge, into reality? How do the likes of Elon Musk make the seemingly impossible possible?

Musk wishes to start a real city on Mars by 2050, he's realized almost all his goals. He's an engineer and a visionary with a flair for making dreams a reality, how does he do it? One thing's for sure, whether making his first billion online, or working with rocket science, he has always had an eye for data.

Data drives intelligent decision making. Put another way, we make informed decisions on the basis of hard facts and data.

In 218 BC a Carthaginian military leader led a military ambush unprecedented in the history of warfare. What does it take to catch an empire by its tail?

In AD 1962, while addressing a large crowd gathered at a sports stadium in Houston, Texas another leader defines an aim that will necessitate near incomprehensible technical ability to achieve. What is it that transforms the spark of an idea, or an insurmountable challenge, into reality?

JFK, the youthful president didn’t plan to put a man on the moon because he thought it might be possible, it had to be possible.

JFK, the youthful president didn’t plan to put a man on the moon because he thought it might be possible, it had to be possible.

Hannibal's enemy, the Roman army, wasn't expecting to wake up to 37 elephants, 15,000 horses and 30,000 soldiers, coming over the mountains and into Italy. The space race against the Soviets had already started, they’d put a man in space, the U.S.A had to put one on the moon.

It’s 1963, we’re back in Texas, this time Dallas, it’s 12:30 pm — the 35th President of the United States is assassinated. A million conspiracy theories are launched. The space race presses on regardless.

And so it came to pass that in 1969 for the first time in human history an American named Neil walked on the moon. Could he possibly have seen the Great Wall of China from outer space? Is it possible that thousands of years before the ancient Egyptians took their inspiration from the lunar body to help layout their burial sites? Or was it aliens…

Kennedy didn’t put Armstrong on the moon. Not himself, he was no scientist, no pilot or engineer. 400,000 people over ten years did. Aliens didn’t help out with the pyramids, decades of belief in a story assisted by millions of man-hours of labour did. And Hannibal may have crossed the Alps but his elephants, men and horses didn’t make it over without one vital ingredient. Data.

Facts and data, data and facts

Data is the basis of facts, and on facts meaningful decisions made and actions taken.

Data ensured that Apollo 11 could travel 240,000 miles in 76 hours, that a general could make an apparently impossible mission. NASA used data to confirm that the Great Wall cannot be easily seen from space and certainly not from the moon.

Without raw data and facts, advisors would not have advised Kennedy to go ahead with his speech. 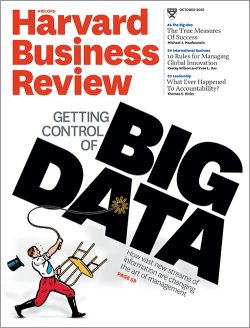 The sheer amount of data we can now digitally draw upon allows us to make truly powerful decisions. We can now make real that which was previously perceived impossible.

We may have had dreams, such as autonomous driving before but they could never be realised without the ability to harness big data which is now possible. However, just as successive generations have had to manage their information to best realise its power, we also need to manage ours. Smart data is exactly how we make sense of it all in order to drive our decisions forward.

and finally... for the love of pizza// data data data

Put simply data-driven decision making can be boiled down to pizza making.

Big data can tell you everything about making a pizza. From to the optimal temperature of the air that’s breathed by water buffalos required for the production of mozzarella, to the entire history of the pizza across the world. It could tell you how pizza fits into our culture and when it might peak, it could, of course, go further into all foods related and unrelated, it could tell you more. However only smart data will tell you how to make the pizza you want to make. That’s of course, if you want a pizza at all…

We use the data you provide for email notifications in connection with this request. You can unsubscribe at any time. Read how Dun & Bradstreet processes and protects your personal information.

THANK YOU VERY MUCH. We appreciate your registration.

All that's missing is one last click. You will receive an e-mail shortly. Please open it and click on the confirmation link. After that your registration is active and you will receive the Bisnode newsletter by e-mail.

What is it that transforms the spark of an idea, or an insurmountable challenge, into reality? How do the likes of Elon Musk make the seemingly impossible possible? Find our more here:

You Know Nothing! Living in an Era of Noise

Never before in the history of mankind have we had access to so much reliable data. Why are we still doing so much wrong?

In Data We Trust? The Power of Data for Good

In the hands of data scientists, solutions to problems are revealed, some of which have not even occurred yet, but which become clear when the new information or large amounts of data are filtered and organized. Solutions and products can be found and proposed that were previously not feasible.