Wirecard AG submitted an application to open insolvency proceedings to Munich district court on 25 June 2020. That is now more than a year ago. Since then, the payment service provider has been embroiled in a dramatic accounting scandal: former Wirecard managers allegedly manipulated the company’s accounts with fictitious transactions over a number of years. The resulting losses ran into billions of euros. One person who helped uncover the Wirecard scandal is the lawyer Pav Gill, who worked in Wirecard’s legal department in Singapore for around a year. In 2018 he left the company because his internal investigations into balance sheet manipulations and fictitious transactions were blocked. Gill then informed the Financial Times and other media of irregularities. In his interview with Dun & Bradstreet, he talks about how he experienced the uncovering of the balance sheet manipulation and the role he played.

A former Allen & Overy and Clifford Chance lawyer, Pavandeep Gill (Pav) has extensive experience in financial services laws, focusing on payments and digital assets/cryptocurrencies. He recently led the legal teams in the Asia-Pacific region in a mix of full-time and advisory roles for companies including Wirecard and Wise before joining Zipmex, a digital assets and wealth generation platform based in Southeast Asia, as its Chief Legal Officer. Pav is best known for being the whistleblower who exposed Wirecard, one of Europe's greatest financial scandals. 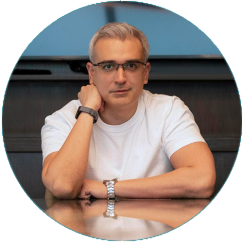 Mr Gill, what was the greatest challenge for you personally when the Wirecard scandal was uncovered?

Waiting and wondering whether the company and those responsible within for the wrongdoings would be held accountable for their actions.

How did you discover the irregularities at Wirecard?

I was responsible for the Asia Pacific region as Senior Legal Counsel and was investigating the legal compliance of the transactions there. I had suspected that certain things at Wirecard were not being done in a compliant manner from very early on. In addition, employees came to me in confidence and with incriminating material in the Singapore office. What they provided me formed the basis for further investigations in the accounting scandal.

What did you do when it became apparent that something was not right?

I immediately contacted my supervisors in the legal department in Munich and informed them. This was followed by a variety of intimidation and related strategies from Wirecard management staff.

How has your life changed since the Wirecard scandal was revealed?

I am glad that the company’s fraudulent and criminal conduct has become public knowledge. Unfortunately, several of the key suspects are either on the run. It remains to be seen whether the external auditors from EY, who endorsed Wirecard’s financial statements and accounts for nearly a decade, would be held accountable.

Why did you decide to waive your right to anonymity? Was there a certain trigger?

Now that the malpractice has been uncovered, I felt the time was right to reveal my identity. The message is clear: as long as you haven’t done anything wrong and stay true to your own principles, you should hold your head up high. It is those who have committed or continue to commit criminal wrongdoings who should live in fear.

Pav Gill will talk live and online about the Wirecard scandal at Knowledge Power Days COMPLIANCE on 23 November 2021.

Knowledge Power Days COMPLIANCE, hosted by Dun & Bradstreet Europe, will provide you with powerful knowledge in the areas of compliance, ESG, KYC, UBO and third-party risk management from 22 to 26 November 2021. The series of events will be held online and offers the fundamental knowledge you need to handle your business partners confidently.

Isabell Bergbold is an editor and content marketing specialist. In her articles, she focuses on topics related to risk & credit management and presents complex content in a way that is as easy to understand as possible.
LinkedIn
Share this.